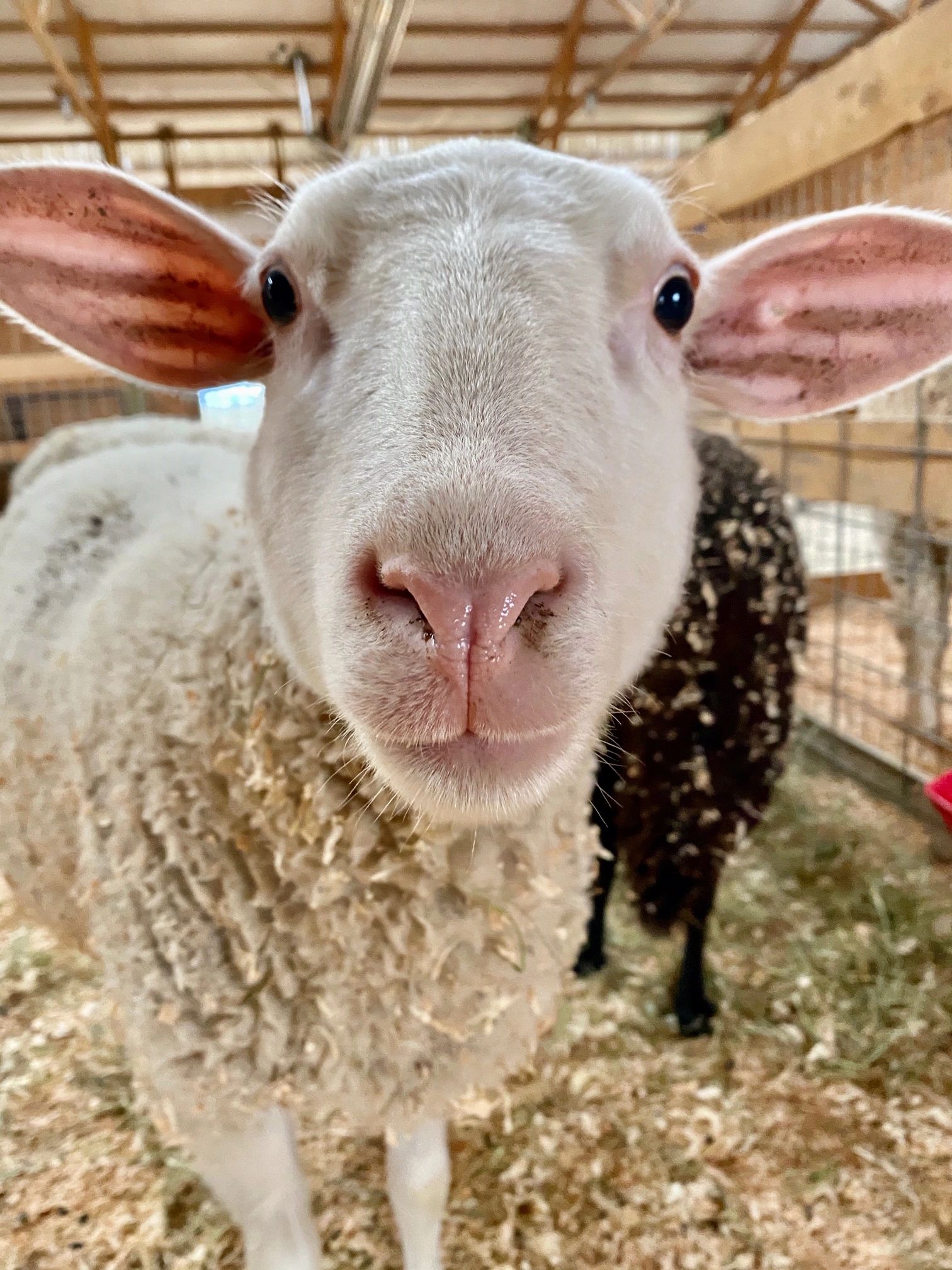 I'm professor emeritus of Ecology and Evolutionary Biology at the University of Colorado, Boulder, a Fellow of the Animal Behavior Society, and a past Guggenheim Fellow. In 2000 I was awarded the Exemplar Award from the Animal Behavior Society for major long-term contributions to the field of animal behavior. I'm also an ambassador for Jane Goodall's international Roots & Shoots program, in which I work with students of all ages, senior citizens, and prisoners and co-chair of the Ethics Committee of the Jane Goodall Institute. Jane and I co-founded the organization Ethologists for the Ethical Treatment of Animals: Citizens for Responsible Animal Behavior Studies in 2000. I'm on the Board of Directors of The Cougar Fund and on the advisory board for Animal Defenders and Project Coyote. I've been part of the international program Science and the Spiritual Quest II, and the American Association for the Advancement of Science (AAAS) program on Science, Ethics, and Religion and also an honorary member of Animalisti Italiani and Fundación Altarriba and a patron for Freedom for Animals. In 2006 I was named an honorary board member of Rational Animal, in 2009 I became a member of the Scientific Expert Advisory Panel of Voiceless, The Animal Protection Institute, and in 2010 I was named to the advisory board of Living with Wolves and Greenvegans and the advisory council of the Institute for Humane Education. In 2009 I was presented with the St. Francis of Assisi Award by the Auckland (New Zealand) SPCA. I've also served on the Board of Directors for Minding Animals International for many years and am a member of Colorado's Governor's Council for Animal Protection (GCAP).

For decades my main areas of research have included animal behavior, cognitive ethology (the study of animal minds), behavioral ecology, and compassionate conservation, and I've also written extensively on human-animal interactions and animal protection. My research and writing reflect my on-going and eclectic interests that center on the basic tenets of compassionate conservation, namely, "First do no harm" and the life of every individual matters because they are alive and have intrinsic value, not because of what they can do for us. Treating every individual with respect and dignity is the decent thing to do. You can read more about compassionate conservation and find many references here and here.

I've published numerous essays (popular, scientific, and book chapters) and 30 books that have been translated into 21 languages. My books include Species of Mind: The Philosophy and Biology of Cognitive Ethology (with Colin Allen, MIT Press, 1997); Nature's Purposes: Analyses of Function and Design in Biology (edited with Colin Allen and George Lauder, MIT Press, 1998); Animal play: Evolutionary, Comparative, and Ecological Perspectives (edited with John Byers, Cambridge University Press, 1998), Encyclopedia of Animal Rights and Animal Welfare (Greenwood Publishing Group, 1998), and a book on the lighter side, Nature's Life Lessons: Everyday Truths from Nature (with Jim Carrier, Fulcrum, 1996). My children's book, Strolling With Our Kin was published in Fall 2000 (AAVS/Lantern Books) as was The Smile of a Dolphin: Remarkable Accounts of Animal Emotions (Random House/Discovery Books). The Cognitive Animal: Empirical and theoretical perspectives on animal cognition (edited by Colin Allen, Gordon Burghardt, and I) appeared in 2002 (MIT Press), as did Minding Animals: Awareness, Emotions, and Heart (Oxford University Press) and Jane Goodall and my The Ten Trusts: What we must do to care for the animals we love (HarperCollins). I've also edited a three volume Encyclopedia of Animal Behavior (Greenwood Publishing Group, 2004), and a collection of his essays titled Animal Passions and Beastly Virtues: Reflections on Redecorating Nature was published by Temple University Press (2006).

A summary of my  research on animal emotions titled The Emotional Lives of Animals: A Leading Scientist Explores Animal Joy, Sorrow, and Empathy and Why They Matter, was published in 2007 by New World Library and Jessica Pierce's and my book on the evolution of moral behavior titled Wild Justice: The Moral Lives of Animals was published by the University of Chicago Press in 2009. I've also edited a four-volume Encyclopedia of Human-Animal Relationships: A Global Exploration of our Connections with Animals for Greenwood Publishing Group (2007) and Cara Blessley Lowe and I edited a book of readings on cougars titled Listening to Cougar (University Press of Colorado, 2007). My book Animals Matter: A Biologist Explains Why We Should Treat Animals with Compassion and Respect was also published in 2007 (Shambhala Publications) and Temple University Press published my children's book, Animals at Play: Rules of the Game in 2008. The two-volume revision and expansion of my 1998 Encyclopedia of Animal Rights and Animal Welfare was published in 2010 (ABC-CLIO) and The Animal Manifesto: Six Reasons For Expanding Our Compassion Footprint was also published in 2010 (New World Library). Ignoring Nature No More: The Case For Compassionate Conservation and a collection of my essays from Psychology Today called Why Dogs Hump and Bees Get Depressed: The Fascinating Science of Animal Intelligence, Emotions, Friendship, and Conservation were published in Fall 2013, and Rewilding Our Hearts was published in 2014.

Jill Robinson (founder of Animals Asia) and my award-winning children's book titled Jasper's Story: Saving Moon Bears was also been published in 2013 by Sleeping Bear Press. The Jane Effect: Celebrating Jane Goodall (edited with Dale Peterson) was published in 2015. The Animals' Agenda: Freedom, Compassion, and Coexistence in the Human Age (with Jessica Pierce) was published by Beacon Press in April 2017 and Canine Confidential: Why Dogs Do What They Do was published in March 2018 by the University of Chicago Press. Unleashing Your Dog (with Jessica Pierce) was published in March 2019 by New World Library. Currently, Jessica and I have submitted a book to Princeton University Press called Dogs Gone Wild about what the world will be like for dogs as and when humans disappear. It's a very exciting and challenging project.

A list of my books can be seen here.

In 1986 I became the first (and remain the only) American to win my age-class at the Tour du Haut Var bicycle race (also called the Master's/age-graded Tour de France). My hobbies include cycling (road and gravel), nordic skiing, and reading spy novels.

Boulder Art Behind Bars is part of the Transitions Program at the Boulder County Jail. I've been teaching this class that focuses on animal behavior, behavioral ecology, cognitive ethology, and compassionate conservation for almost 20 years. It allows students to express themselves through writing and art. Some of the artwork can be seen in the photo gallery below. Please visit https://www.boulderjailart.com for more information. Below is a selection of essays about this very unique class.

books, photos, rescued animals, and artwork from students in my class at the Boulder County Jail that focuses on animal behavior and animal minds